You are here: Home

Choosing the right Sputter Equipment vendor involves more than finding a vendor with a large selection of sputter equipment. It’s about finding the total range of capabilities to supply and support your sputter operation. Perkin-Elmer  Sputter is proud to be your best source for both. We realize that the purchase of sputter equipment and/or other semiconductor equipment represents a substantial investment. However, we also know that every piece of sputter equipment is a vital component in your business’ success and an investment in your company’s future. Our responsibility is to provide you with equipment that’s engineered to be long-lasting and reliable and to offer the service and parts support necessary to keep you and your equipment on the job. 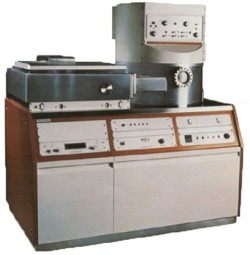 As new commercial and industrial technologies emerged and grew, so did the use of sputtering as a technique for deposition thin films of desired characteristics. The Perkin Elmer 4400 and Perkin-Elmer 2400 Series sputtering systems were designed to meet the changes of this changing technical environment, whether in development or production.

With an installed base of more than thousands of systems, Perkin-Elmer was a leading supplier of sputter deposition equipment for high technology application in 1990’s. The Perkin Elmer Series sputtering systems were used not only in the production of semiconductor devices but also in the development and manufacturing of thin film recording heads, thin film resistors and capacitors, optical coatings, gallium arsenide lasers and fiber optics.

Quality, performance and stability backed by more than two decades of experience in vacuum technology and UHV design were built into every Perkin Elmer sputtering system. The 4400 Series were designed for flexibility offering a wide range of operating and process modes. The highest quality construction and components assure reliable operation and an ultra clean vacuum environment to yield consistently reproducible results. Every Perkin Elmer sputtering system was supported by years of technological experience and backed by a worldwide sales and service organization dedicated to prompt courteous service.

Versatile Systems For Any Sputtering Need 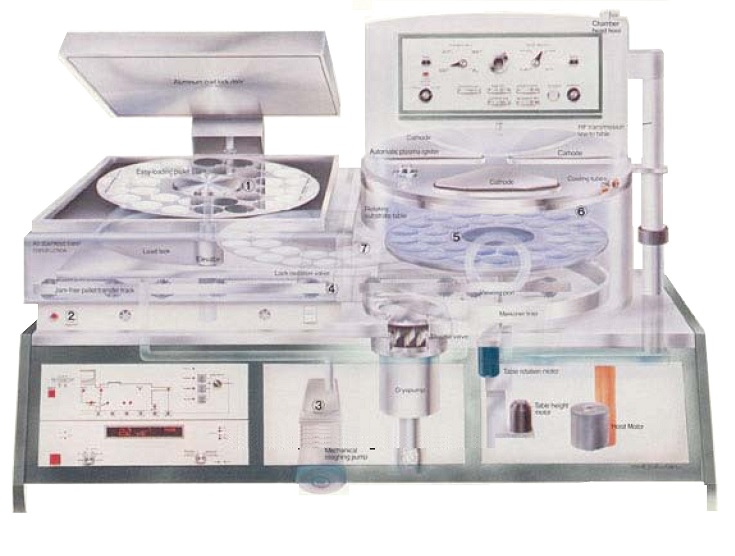 No single cathode design can effectively meet the varied needs of different users or even the possible multiple needs of one user. Every film requires an optimum combination of target material, size, and shape for its most efficient fabrication. Recognizing these realities, the Perkin-Elmer 4400 Series provides two distinct cathode configurations: 8″ circular and delta-shaped. 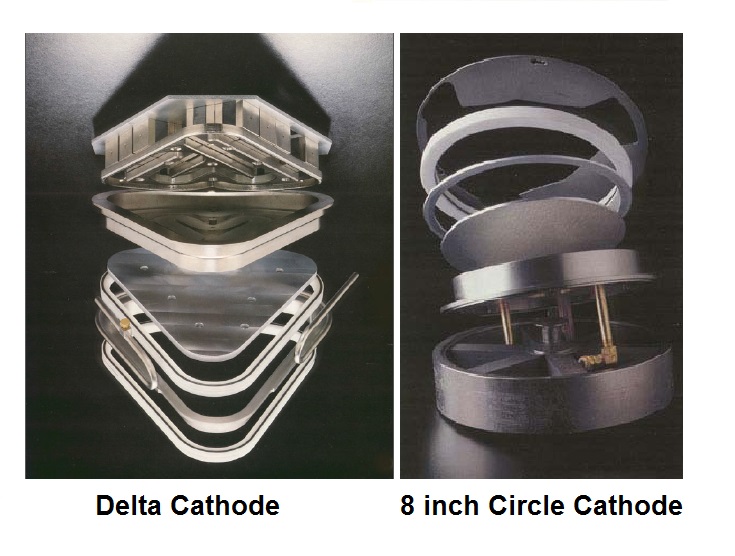 A delta target sputtering system designed for high rate deposition of metals and metal alloys. The 4410 is also adaptable to the deposition of dielectrics and employs up to three delta-shaped cathodes in DC magnetron, RF magnetron, or RF diode configuration. Power options are available up to 3 kw RF and 10 KW DC.

A delta target sputtering system, similar to the Model 4410 with load lock pumping and heating incorporated as standard features.

A delta target sputtering system of identical design to Model 4450 but including cassette-to-cassette loading as a standard feature.

As VLSI geometries routinely approach the one to two micron region, new problems arise in thin film deposition technology, dry etched vertical walls, deep vias and multiple level structures must all be uniformly covered with no microcracks or cusping. Film deposition systems must be able to provide uniform conformal coverage of these tightly packed structures to minimize interconnect resistances and maximize yields.

As geometrical features get smaller, new materials will be employed. Metallization layers now include the use of diffusion barriers and low resistance gate and interconnect materials such as refractory metal silicides.

The application of RF bias to the substrate re-sputters deposited material from horizontal surfaces onto the surrounding vertical walls of the wafer. Step coverage of 50% or more can be achieved on vertical steps and deep vias can be uniformity covered with RF bias and multi-pass technologies.

The deposition of contamination-free, low-resistance refractory metal silicides request the use of the purest materials. Co-sputtering provides the optimum method for depositing these films from pure elemental targets, wile providing a convenient means to control the stoichiometry of the films. Oxygen and carbon contamination and target-to-target stoichiometric non-uniformities are minimized using dual target sputtering and multi-pass techniques.

The Perkin-Elmer 4400 Series high capacity load lock system eliminates the need to break vacuum; thereby reducing both pumpdown time and contamination of targets and internal chamber surfaces. Transfer of a full pallet load of wafers from air to the process chamber and pumpdown to a base pressure of 5X10-7  Torr  can be accomplished in less than 3.5 minutes.

The process chamber vacuum system incorporates a contamination-free, closed cycle, two-stage helium cryopump (turbomolecular pump optional). Under load conditions, 70oK is maintained in the first stage and less than 15oK in the second stage. This assures efficient, rapid pumping of most atmospheric gases and reduction of partial pressures of most unwanted gas species to acceptable levels. An ultimate vacuum of 10-6  scale can be attained with typical pumping speeds of 1000 l/s for nitrogen, 1100 l/s for hydrogen and 4200 l/s for water vapor.

A full flood Meissner trap mounted in the process chamber maintains an efficient pumping speed for water vapor of 30,000 l/s during deposition or sputter etching. The Meissner trap pumps water vapor at a maximum rate even with the high vacuum cryopump throttled. This assures good quality films in critical processes such as the deposition of aluminum alloys.

The 4400 Series systems can be equipment with load lock heating and turbomolecular pumping to degas substrates prior to processing and minimize pumpdown for critical processes such as the deposition of aluminum alloys and other oxidizable metals. This further reduces the partial pressure of undesirable gases such as water vapor. 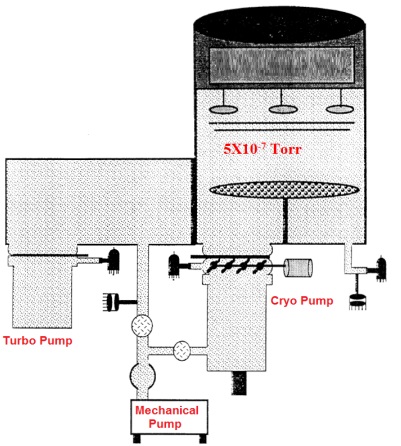